When teeth and gums are healthy and strong, the gum tissue covers the necks of the teeth, protecting them from invading bacteria. Because the cementum layer, which is the yellow material around the root of a tooth, is weaker than enamel, the protective layer of gum tissue is essential. Without that layer of gum tissue, a notch or groove appears around the neck of a tooth.

This notch is not just unattractive. It also leaves teeth at the mercy of tooth decay-causing bacteria. If you notice that at least one of your teeth has an unnatural groove around it, at the gum line, you should see your dentist immediately.

The Notch Could be Caused by Decay

If the notch around a tooth, which should resemble a trench, is caused by decay, this issue can be treated with a dental filling. This kind of notch is what is called a carious cervical lesion and there are generally two types. The first type affects only the enamel of a tooth and is likely caused by poor dental hygiene or poor diet choices.

The second type of carious cervical lesion affects the neck of a tooth and occurs after gum recession. In this case, the gum has receded due to trauma, which can come in many forms such as gum disease or nocturnal grinding. This kind of cavity needs to be treated especially quickly as the neck of a tooth is not protected by enamel. In other words, it won't be long before the nerve is exposed by the cavity.

The Notch Could be Due to Trauma

When the groove around the neck of a tooth is a non-carious cervical lesion, it is most likely caused by trauma. The cause of this trauma could be any number of things. It could be due to:

It is important that the cause of the groove or grooves is ascertained as even though an affected tooth can be treated with a filling, the problem may return if the underlying cause is not determined. Work with your dentist then, to identify the cause. Be honest about your habits otherwise anything your dentist does today to treat the groove may be useless tomorrow.

If you have noticed a notch around one or more of your teeth, don't wait to get dental treatment. Those notches need to be filled before bacteria can attack the newly exposed surfaces.

Cavities and Braces: Everything You Need to Know

Cavities and Braces: Everything You Need to Know 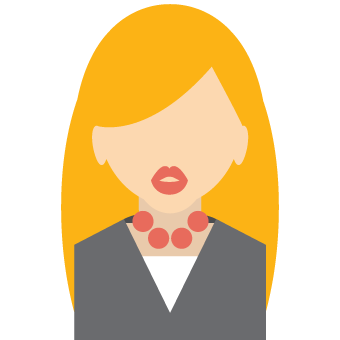 Hi! My name is Mary, and I recently had my adult braces removed. Along the way, I learned a lot about how to prevent cavities while you have braces. I love writing, and I've been inspired to make a blog about braces and cavities. Honestly, this is the type of resource I would have liked to have had when I had my braces, and I hope that it can help you. I am going to explore why cavities are a concern with braces as well as what you can do to prevent the emergence or spread of cavities when you have braces. Thanks for reading!